I'm still working for Inkitt, though they are making some changes that may lead to my not being able to do that anymore. Hopefully at worst that's six months away, though. At best they'll alter course just enough that it doesn't come to pass. I really like this job and the way it is now, it fits really well for me and for my family. 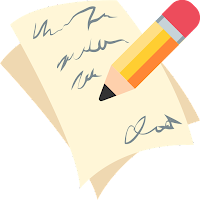 It's been interesting, doing my own writing these days. I wonder if people in MFA programs and who write for TV have a similar experience...when you're in an environment where a lot of what and how you write is assigned. Because now when I approach my own writing, I'm not really sure how to go about it. The lessons I'm learning writing for Galatea are interfering (possibly in a good way in the end) with my own natural inclinations, and that means that I find myself staring at my screen, unsure of how to move forward, a lot of the time.

One reason I started making time for my own writing again, after the first few months of writing for Galatea, was that I wanted to be able to have more freedom with it. Galatea has a specific format. Each episode has to be between 1600-1900 words, for instance. This often creates a situation where I just don't get to include the details I want to include. So I went into my own story promising myself to wax on as long as I wanted and...I can't. I mean, I do probably add more detail than I would in a Galatea story, but not much. Because now it feels like it's slowing the story down.

Even before I took the Galatea job I entered a phase of my writing in which I started reading books on plotting and other writing topics, and watching talks, and my husband even got me a subscription to Masterclass, which I loved and no longer have any time for (keep meaning to pick it back up though). So I've really been loading my brain with a lot of rules about how to approach a story. I've gone from being a pantser (for decades!) to a dedicated plotter. And I feel like the current result (I don't think it's in any way permanent) is that my writing is in this awkward growth spurt where I no longer have a strong sense of character or of what I really want to see happen. I'm trying to think of all the rules and structures and such that I've read about and that have resonated with me.

Finding a balance is hard. My short novel, Wild Wild Witch, is a really good example of me privileging structure over character. I think it's a fun story but I'm also pretty sure that the characters, while likeable, aren't especially well-developed. In my new WiP, The Tower of Doors, I've tasked myself with continuing to use everything I've learned, but to also really digging into the characters. And... I'm finding it hard. Characters (mine anyway) that are well-developed tend to want to go off script. And I'm not comfortable with that right now. And yet, I think characters are what's most important to me, especially if you include setting as a character.

Anyway, if you want to support my writing in a really substantial way, you can FOR FREE, by going to Inkitt and reading The River and the Roses. I have a tentative plan with my supervisor at Galatea that if I get enough reads (measured by people clicking on "next chapter"), they'll develop River on the app. Which would mean royalties, y'all. It would be really, really exciting.

What's new for you?
Have you ever felt like you were in an awkward growing phase of your writing?
What do you think is most important (if you had to choose), character or structure?