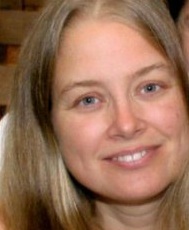 I first started writing fiction when I was 13 years old. My mom and dad had just split up and my mother, a French citizen, took me back with her to live in Paris. You might expect me to have been thrilled, but I was not. I was miserable and homesick for Richmond, Virgina. Writing became an escape for me.

After a couple of years I settled in, however, and I was incredibly lucky to have several high school friends who encouraged me to write. They would read my stories and pass them around, and tell me who their favorite characters were and request that the next story have this or that in it. Thinking back, I am so very, very grateful to them.

I went to Bard College for a couple of years, which really opened my mind to some things. I went through three majors there (yes, in two years), the last of which was creative writing. I got to work with some amazing authors: Bradford Morrow (totally had a crush on him) and Mona Simpson, mainly.

Then I dropped out due to financial issues (Bard is ve-he-ry expensive) and moved to San Diego, joined AmeriCorps for two years, got married, played some D&D, went back to school, went through four more majors, finished my BA in history at San Diego State, started an MA program there in history, made some good friends, got divorced, dropped out of the MA program, and moved to northern California with my soon-to-be second husband. Throughout this time I wrote, off and on. Several novels, actually, although it hurts to say I've lost most of them. And then there were also some rather awful dry spells.

And now I'm still living in NorCal, married, and have two little boys. I finished an MA in American history through an online program at American Public University. I have epublished eight novels, and the next one I'm going to work on is the third in the dystopian fantasy trilogy that started with The City Darkens, a dark decopunk/fantasy setting inspired by Fritz Lang's Metropolis, real history, and Norse mythology.