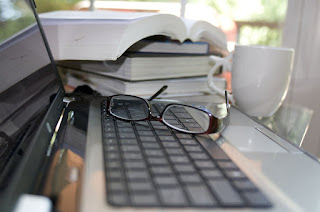 I'm hanging up a shingle as an editor and ebook formatter, folks. Here's the deal.

Need someone to professionally edit your novel? Editing comes in many forms, but no matter which kind you decide you need, I can help you. Unless your novel contains jargon from an industry I know nothing about, I can improve your writing. I've been editing in the form of beta-reading for over ten years. Actually, to be honest, twenty, but that makes me feel really old. If you count a short stint at a small press, I've also worked as a professional editor. Through another small press, I worked as a ghostwriter. And I've worked as an English teacher for three years. I sometimes think I'm better at helping other people with their stories than at writing my own.

From what I can tell, a professional editor will cost you one and a half to two cents per word (more commonly the latter) (1.75 cents here) for simple copyediting, and then the cost just goes up from there if you want plot feedback or any other help. So because I'm starting out, I'm going to offer my services cheaper than that.

Copyedit: This is what you want if you need someone to catch spelling errors, typos, grammar problems, etc. Some awkward phrasing falls under this category, too. A good copyeditor will notify you of problems of internal consistency in your novel--if, for instance, you said the main character worked at Smalltown Fire Department for twenty years on page 53, but then you mentioned he'd only worked as a firefighter for fifteen years on page 102, your copyeditor would point that out in order for you to clarify.

I will be charging $0.01/word for copyediting.

Second copyedit: I have read that professionally published novels are checked over by six pairs of eyes. I don't know if that's true, but I can tell you that one pair of eyes only catches so much, even after three read-throughs. If you want to hire a second pair of eyes to copyedit your book, I can offer that to you--my own editor, Kathryn, is available and she's fabulous.

Add $0.005/word--this means you would pay a cent and a half per word for two pairs of eyes, which is still less than you generally pay for most professional copyediting, with only one pair of eyes.

Third pair of eyes: If you would like to add yet another pair of eyes, I have Melissa, professional editor and English teacher, lined up to take on your project. Add another $0.005/word and voila, you're paying 2 cents per word, the going rate for professional copyediting--but you'll be getting three times the attention you would at a place like Kirkus.

Line edit: Line editing is similar to copyediting. You could say that line editing is copyediting delux, or value-added copyediting. You get the same line-by-line attention from your editor, but in addition to feedback about spelling and grammar, your editor would also provide feedback about ways to show rather than tell the reader the action in a given scene, how to rework a paragraph that's too heavy with information (an "infodump"), how to fix problems with confusing shifts in point of view, etc. So it's a copyedit plus line-by-line feedback on how to tighten up your novel and make it a much more pleasurable read.

Line editing, which includes everything you'd get for simple copyediting, will cost $0.015/word.

Second line edit: Adding a second person (at least) to your line edit is a very, very good idea, because different people will catch different problems in terms of your novel's flow and a scene's impact. Plus, some of the feedback you get from one person may not be useful to you, if you feel that they don't see what you're trying to do in a particular scene (although just the fact that they aren't catching on may indicate that you need to go back and rework things to make it clearer). So with feedback from two editors, you'll have a good deal more to work with, as well as a greater chance of having an editor who really appreciates the finer points of what you're trying to do.

Third line edit: Obviously, if two line editors are better than one, three are even better than two. Add Melissa for $0.0075/word.

Manuscript Critique: A manuscript critique is overall feedback addressing the plot, characters, setting, etc. If you just want to know what works and what doesn't in your novel, you want a manuscript critique. This is a good choice if you've just got a first draft and aren't sure how to tackle your second draft. Perhaps you've given it to a friend to read, but their feedback wasn't very precise? You need a professional manuscript critique. Or maybe you want that overview of you work in addition to the line edit. It can certainly be helpful to see the bigger picture!

Generally when I've done manuscript critiques in the past, I've typed up anywhere from three to six single-spaced pages with detailed feedback about every aspect of the novel that stood out to me. I give positive notes about what worked and I give critical analyses of what didn't, why it didn't, and how I suggest you can improve it.

Ghostwriting: Ghostwriting is where you hire someone to write your idea. In some cases, a person can write an entire book with a ghostwriter. In a way, you could say that Alex Haley was the ghostwriter for the Autobiography of Malcom X, for instance--the difference there is, Alex Haley gets credit for writing that book. A true ghostwriter does not get credit. The name of the ghostwriter appears nowhere on the book. I have written one book as a ghostwriter. A small press hired me, gave me a thick packet of materials from the author of the story idea, and I wrote the novel based on those materials.

At this point I'm not prepared to commit to a project of that size. However, what I can offer is partial ghostwriting services. If, for instance, after you receive a manuscript critique from me you feel that you'd like additional support in fixing certain scenes, or perhaps in adding a subplot, or adding or altering a character, I can ghostwrite those aspects for you. The cost for that is going to have to be based on hours. My hourly rate as a teacher is $37, so that's what I'll charge for ghostwriting.