Well, after years of being only partly satisfied with most of my book covers, I finally got tired of talking about learning to use a design program like GIMP, and actually started watching youtube videos and teaching myself. In case you don't know, GIMP is a a free downloadable program a bit like Photoshop. The main cover I fret over is for The City Darkens, as I have yet to be really satisfied with any of the covers I've had. But I also had issues with my Veronica Barry covers. This mainly had to do with the titling, which has always been hard to read. Using Paint to make these covers was just short of adequate, in that I got the general look I wanted, but there just wasn't much I could do to really make the fonts stand out the way I wanted them to. So now that I am using GIMP, I've redone them all, and I'm still working on The City Darkens. Here's the original version of The River and the Roses: 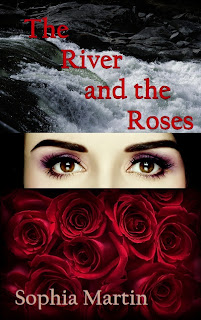 And here's the new version: 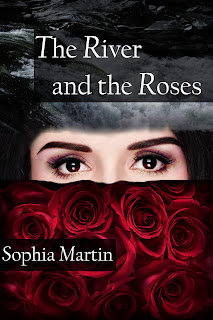 Here's the old one for The Fire and the Veil: 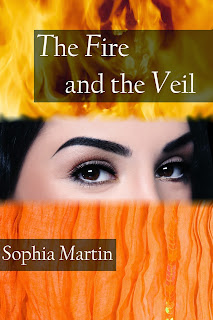 The Plane and the Parade: 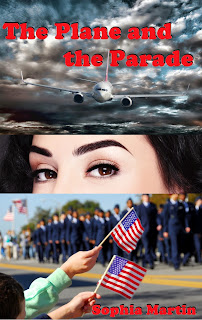 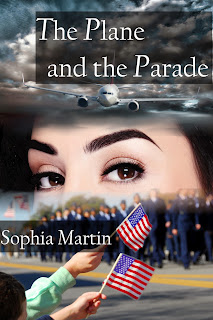 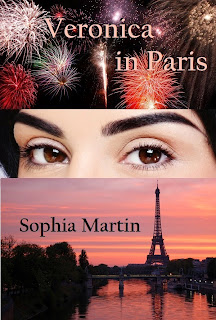 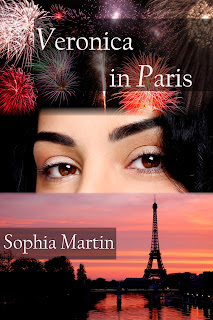 And here's what I've got so far for The City Darkens: 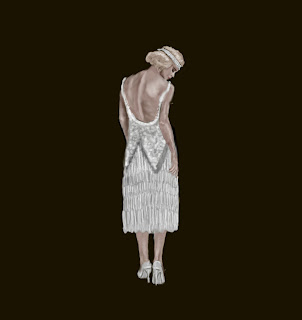 There's still a lot to be done for it--I don't want the dress to actually look white, for one thing (I was going for light gray, and I'll probably add blue to it) and then I have ideas for other elements in a kind of montage.

The main thing with the Veronica covers, other than making the titles more legible, was to standardize them so they really look like a professionally done series. In honor of my new covers for these, all three novels in the series (Veronica in Paris is a novella and a prequel, and I don't have it enrolled in Kindle Select) will be available for free tomorrow. I'm not planning to offer all three like this again until I launch The Gamble and the Grave (book 4).

What do you think of the covers? Have you worked with GIMP? Have you got any cool tips to share?
Posted by Sophia at 11:10 AM 2 comments: