Guest Post: "Six Movies That Never Should Have Been Remade" by Isa

Well, everyone, the baby came 4 weeks early! It was a big surprise, as I'd convinced myself he was going to go all the way to term (there were signs that wasn't going to be the case, but I decided they were just false alarms). I'm very happy to say he's doing really well. But as a result, all my writing and social media time has pretty much vanished. What luck that Isa from Culture Coverage contacted me to propose that she contribute a guest post to this blog! I'm very pleased to present her post on six films that should never have been remade. Enjoy!

Movies are more than just entertainment; they are a form of art. As such, it's everyone's duty to put on the hat of the critic from time to time. I would like to express my appreciation to sophia-martin.blogspot.com for affording the opportunity to do so with this post. When you're finished reading, it's worth checking out some of the other content on this site! 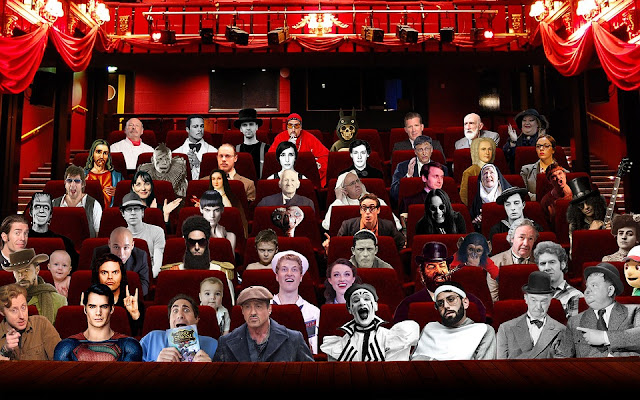 Some movies are way ahead of their times. They’re done with limited resources that couldn’t possibly do the film justice—made too early. Filmmakers frequently look to past films for ideas, sometimes completely remaking them. At times, it goes well; the recent Batman trilogy is an example of just how successful this kind of ideology can be. Some films are just worth waiting for.

But then there are “those” movies. We’ve all seen one before; they’re remakes of movies we once loved. Even if the originals lacked the technology, were horribly campy, or deviated hugely from their source material (in the case of films based on books), there was something we loved about them. But the remakes often fail to capture that spirit.

A few remakes were done so poorly that the fans of their basis have mentally distanced themselves from them like a bad memory. Those are the films we’ll be looking at today. 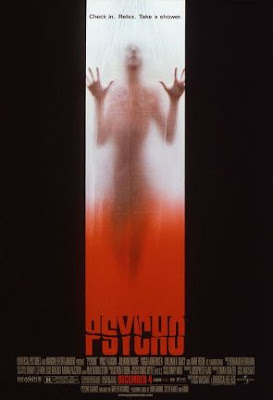 Movie remakes usually hope to bring something new to the table. Whether they tweak the story, add new special effects, or update the setting to reflect a more modern and relevant feel to audiences, there’s usually something distinctly different. This is not the case with the 1998 remake of “Psycho.”

For some unknown reason the remake of "Psycho" is virtually shot for shot identical to the original piece from 1960. True, there are a few differences; the movie is shot in color with a higher quality playback rate on the audio, and the cast is entirely different. But the actual scenes haven't changed at all.
In fact, a lot is lost in transferring the film to color. Without the dim, dark environment (and no special effects to help instill that same feeling in color) the film is abjectly inferior to the original. The cast also lacks the authenticity of the original actors, particularly Norman Bates (now depicted by…Vince Vaughn?...) whose character was designed to start off very innocent, almost non-offensive.

Perhaps had the film brought something new to the table, it would have fared better. Ironically the next movie tried to do exactly that and was even worse. 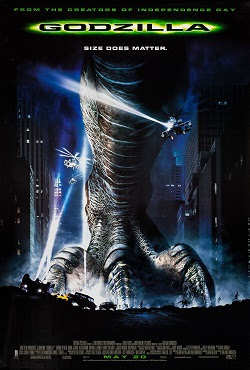 Oh my goodness gracious, I just don't know where to begin. There is so much wrong with what fans have come to know with disdain as "Godzilla '98" that it could use its own government-backed study.

To begin with, Godzilla has always been a franchise of very mediocre acting; there’s plot in each film, but the focus is really on the kaiju (the big monsters). Whether Godzilla is facing Rodan or King Gidorah, the movie is about him. And for a monster that was created by nuclear radiation that destroys cities (exclusively in Japan) he often ends up depicted as the hero.

The American adaptation captured very little if any of Godzilla’s essence. Instead, he’s just a big angry lizard destroying New York; “he” also lays a ton of eggs that are an essential plot point, although a confusing point at best.

Besides rarely actually showing Godzilla in the film (perhaps due to budget limitations), the film is distinctly about the people with Godzilla used merely as a plot point. He also has no atomic breath, a huge disappointment to fans. Perhaps the film would have done better had it not tried to tie itself to the Godzilla franchise and just been called “Big Lizard in New York.” 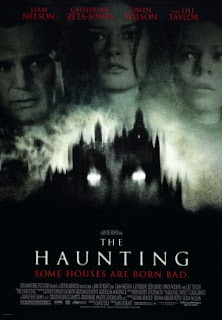 The remake for “The Haunting” can only be described as a victim of 1999. It tried to take the original films concepts and make them grander. The sets are huge and detailed, and the plot goes out of its way to try and mislead the audience. Both efforts amount to naught.

Instead of a creepy haunted house that is depicted in the original, we’re presented with a mansion that looks like it was constructed by hundreds of skilled artisans. Its over-the-top attention to detail actually distracts from the whole point of the setting: it’s a scary haunted house.

But the film also tries to convince you the house isn't haunted…but it is! Surprise! Unfortunately, the well-paid cast does little to help carry the movie's inept script. Without the uniqueness between characters, we're faced with a bland and uninteresting variety of the same person dressed in different clothes.

Besides being an unnecessary remake, “The Haunting” remake goes one step further by just being an all-around bad film. And not just a bad movie, but a PG-13 film—in the 90s. There's nothing more to be said because there's not much going on with this movie. At least it made money. 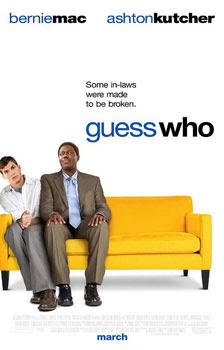 The original film, “Guess Who’s Coming to Dinner,” touched a very sensitive nerve for its time. In 1967, interracial marriages were still a very controversial thing [Sophia's buttinsky, here: they still are, if that Old Navy ad controversy is any indication]. When the story’s couple comes home to meet mom and dad, they are understandably shocked. But at least their daughter has managed to catch herself a wealthy foreign doctor.
The modern rendition seen in the remake titled “Guess Who” hopes to flip the premise on its side; instead of a white woman (Katharine Houghton) bringing home a black man (Sidney Poitier) to her white folks (Spencer Tracy and Katharine Hepburn), you have Zoe Saldana returning home with Ashton Kutcher meet with Bernie Mac and Judith Scott.
While the film isn’t as awful as some of the others we’ve gone through, it fails to capture the essence of the original. It’s thoroughly inoffensive, barely pushes any bounds, and does little to inspire any sort of conversation regarding racial politics. It’s just another film that simply wasn’t necessary. 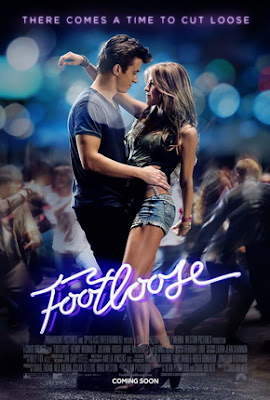 By all accounts, the original "Footloose" was set up in a way that should have yielded a terrible movie. Instead, it became an American classic long remembered for its fun dance scenes, good acting, and believable plot. Its focus on dance makes plenty of sense, being a film in the early 80s.

Having not learned from the mistakes of the “Psycho” remake, the movie again attempts to recreate (including in dialogue) many scenes from the original but does so poorly at it that one can hardly justify the film’s existence. The actors are less believable, particularly Ren who is depicted by Kenny Wormald and no longer looks lost, confused, or even well…young.

The dances have been updated to reflect the period, but that does little to help the movie along. Instead of the more innocent dances of the 20th century, we’re treated to the waist-to-waist grinding of modern dance that would make any Reverend protest, a plot element sadly wasted by the remake. 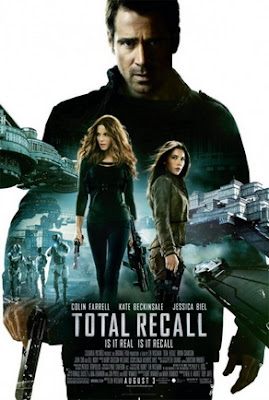 Everything I say here I must first preface by admitting this one bias: I am someone who thoroughly enjoys cheesy Schwarzenegger films. And by all accounts, the first "Total Recall" did virtually no justice to its source material. It was truly an adventure of its own making; it was an 80s sci-fi shoot’em up complete with corny one-liners, explosions, and bad acting galore.

But what the original had in spades, the remake lacks by all accounts. With none of the original's fun, the remake sets about creating a plot with nearly identical key points depicted in a slightly different way. Instead of being largely on a Mars Colony, the film is portrayed on post-apocalyptic Earth.
The change in secondary antagonist is equally questionable. The original featured a slew of “named” bad guys all going after Quaid, the protagonist. The remake replaces most of them with Quaid’s wife, leaving us with a decided shortage of characters to care about and a glut of faceless nobodies.

In some ways, the sets of the new film capture the feel of a "futuristic" society better, but there's just something very…forgettable about it all. While the memory of the original lives on well into the present, the remake has already faded into obscurity. Alas, another wasted opportunity.

Sequels and remakes are always a topic of debate. If you feel differently about one of these films or would like to discuss a different remake, post it in the comments. We’d love to hear from you!

About the Author: Isa is a critic in her own right, frequently blogging about her most and least favorite films. When not discussing entertainment, she spends her time writing about internet security and advocating online safety. To read more of her work, visit SecureThoughts.com or CultureCoverage.com.
Posted by Sophia at 5:37 PM No comments: