Inkitt: Publishing as You Go

I recently discovered Inkitt.com, which is, I gather, a lot like Wattpad. I've dabbled a little on Wattpad but never done very much. I decided to try out Inkitt a bit more thoroughly. Maybe it's the novel contest. I don't know. Does Wattpad have a novel contest? It's possible that everything I like about Inkitt is the same on Wattpad, I'm just not that familiar with that platform. 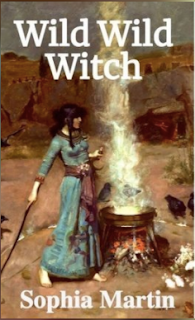 In the past when I've written novels I've hit walls where I've reached out to a friend and asked that they read what I have done so far, not for feedback, but because knowing someone is reading my stuff is a better motivator for me to finish the book than anything else I've come across. I know it's sort of ass-backwards. You're supposed to finish the novel, revise it, polish it, revise it again, and then polish again, and then send it out into the world to find readers. I may get to the point where that feels right to me. I certainly have some ambivalence about not doing it that way. But right now the reason I'm enjoying myself on Inkitt is because I'm posting each chapter as I finish it, and they have these cool analytics that show you how many people are reading. I've got something in the neighborhood of ten people reading my incomplete novel right now. It's so great for motivation! I imagine that these people have all read the latest chapter (the analytics say so, actually) and are eagerly awaiting the next installment. So I feel that push to deliver.

I'm on Chapter 16 and I think there are only a couple more chapters to go. The story is definitely winding down; I'm just not sure how long it's going to take to write everything. It's not going to be a very long book, in fact... barely a novel by word count standards. But I've been approaching it more in terms of episodes, with each chapter being an episode. I'm playing around.

It's one of the first things I've written with a thorough outline. With the WiP I set aside a couple of months ago (that I still hope to return to) I did a lot of outlining, but that is a huge monster of a book and I don't know how long it will take to write the whole thing. This one is much shorter. I wanted to try a few things. Romance, for one. It's a genre I have been wanting to have a go at for a while. Veronica in Paris is a romance, but it started out as a chapter of The River and the Roses so it wasn't like, "Hm, I think I will sit down and write a romance today." I've always been a fan of soap operas, and I wanted to see if I could capture some of the qualities of a soap that I love in a novel. And I wanted to mix genres: romance/supernatural/western/thriller.

I think when it's done it's going to be a fun little book. Nothing earth shattering, but I do think it's going to succeed at what I want it to do, which is show people a good time. I'm having a good time writing it.

What are your projects, these days? Trying anything new?
Posted by Sophia at 1:32 AM